Synopsis: Jane, a mysterious woman staying in a remote cabin in the mountains, meets and falls for Ella, a local woman caught in an abusive relationship. As the two grow closer, we learn that Jane is a contract killer, hiding out after a job went wrong and a little girl was killed. Jane is waiting to meet up with her mentor and father-figure, but he’s nowhere to be found. As a self-imposed deadline approaches, the sudden appearance of a former colleague, a deadly turn in Ella’s relationship and a sign from Thomas, all force Jane to choose between the man who raised her and the woman that loves her.

Starting in 2013 with production of Layover, a micro-budget independent film written and directed by Joshua Caldwell (http://www.imdb.com/name/nm2093933/) Assassin is the second in Joshua’s LAX Trilogy. For Assassin, Joshua is teaming up again with Travis Oberlander (http://www.imdb.com/name/nm2325185/) to bring his original screenplay to life. Joshua and Travis have been working together since 2006 but their friendship goes all the way back to their days as students at Samantha Smith Elementary School in the suburbs of Seattle, Washington.

Producer and actor, Rob McGillivray (http://www.imdb.com/name/nm3316483/) has joined Joshua and Travis to help expand their reach as filmmakers and has played an integral role in getting Assassin ready for production this December.

Joshua will once again be teaming up with composer Bill Brown (http://www.imdb.com/name/nm0113119/) to deliver a dense, affecting score for the film. Bill recently completed scoring his ninth season of the hit CBS series ‘CSI:NY’, and composed scores for the films ‘The Devil’s Tomb’ starring Cuba Gooding Jr., ‘Dark Prophecy’ (Dir. Anthony Zuiker), ‘Brother’s Keeper’, and ‘Dermaphoria’. Bill’s work can be heard in many of Joshua’s films including ‘Layover’ and ‘Dig’.

Marem Hassler (http://www.imdb.com/name/nm1131152/) will taking on the role of Jane. She is busily training and preparing for the challenging role and is documenting her efforts on Instagram under the hashtag #becomingjane. We’re in the midst of casting the other players and plan to make some exciting announcements throughout the campaing and leading up to production. 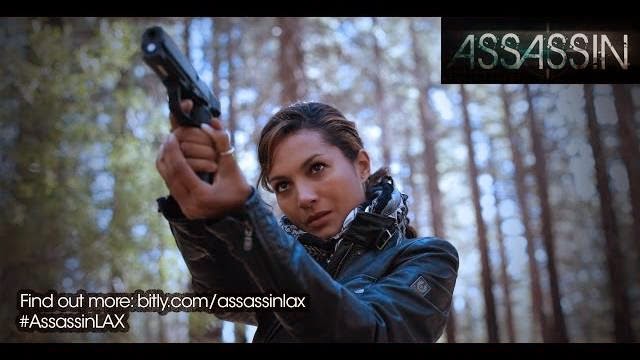