On June 7, 1995, Kaitlin Greenbriar returns home―a mansion in Arbor Hill, Oregon willed to Kaitlin’s father by his uncle, Oscar Masan―not long after midnight on a stormy night after a yearlong trip abroad. She spots a note on the door from her sister, Samantha, telling her to not go looking for answers as to where she is. As she enters the house Kaitlin realizes nobody is home, not even her parents, so she investigates the house to find out where they all are. Players guide Kaitlin through this process, learning some things known to Kaitlin along with new facts about her family and their experiences over the past year. Through a series of letters written to Kaitlin in a journal from Samantha over the year Kaitlin was away, the player learns that Samantha and her family moved to a large house. Samantha then went to her new school and was eventually recognized as “The Psycho House Girl” after a man, who the player discovers is Samantha and Kaitlin’s great uncle, left everything after his death to her father, even the house. During her first few weeks at school, Samantha spotted a girl in senior year, sometimes dressed in an Army uniform. Unfortunately, Samantha never really had any chance to speak to her. Samantha once had a friend named Daniel, who was her neighbor before they moved, and Samantha explains she was only his friend for his Nintendo games but realizes she really should call him at some point about it.

Samantha eventually gets to talk to the girl in the army uniform; she’s named Lonnie, and she’s always wanted to see “the Psycho House”, so Samantha obliges and invites her to come over the next day. Samantha really feels like she’s made a friend with whom she can feel normal. They share activities over the months, such as hair dyeing and watching Pulp Fiction. They eventually begin to form a strong relationship, with Lonnie claiming that Samantha looks beautiful. After seeing a Halloween show in “the city”, they stay overnight at a friend’s brother’s house, and sleep together on a futon. The lights go out, and Lonnie puts her arm around Samantha and tells her she likes her. Samantha feels the same way but cannot bring herself to say anything afterwards. A few days later, Lonnie visits Samantha in her home, but it’s an odd encounter. Lonnie obviously feels uncomfortable about whatever is going through her mind, and kisses Samantha. It’s there that their relationship begins to bloom as they become girlfriends in secret. wikipedia
http://www.gonehomegame.com/
http://fullbright.company/gonehome/ 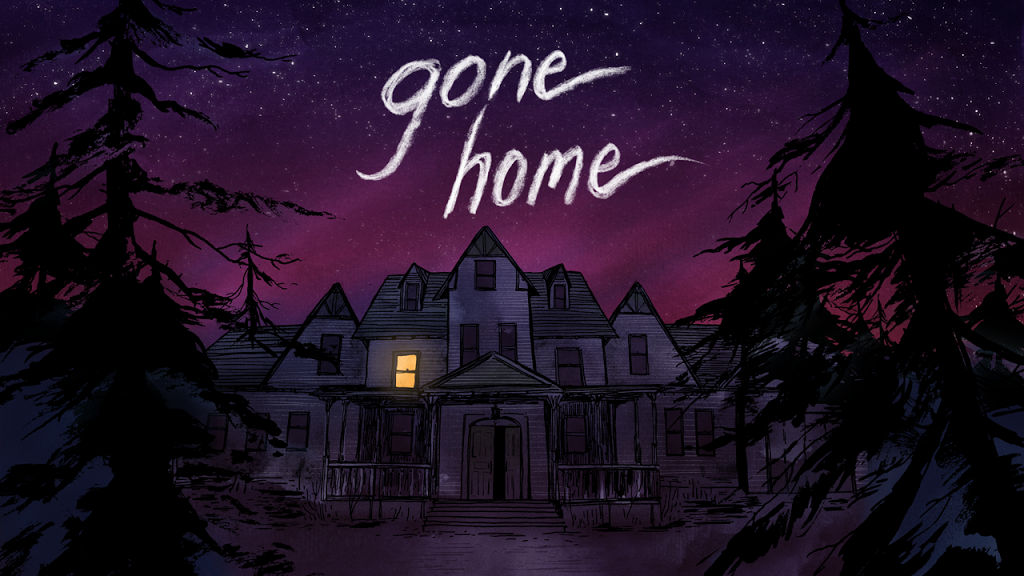