Private Practice star Kate Walsh is going gay once more, this time for a role in the indie drama Angels Crest. The film will premiere at the Tribeca Film Festival in New York City April 22. In it, Walsh plays a lesbian artist… read more » 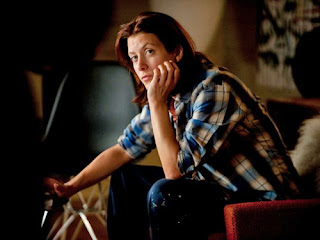 According to The Advocate, she plays the “gruff, no nonsense” lesbian Jane. She called it a “great role” and “real departure” for her. read more »