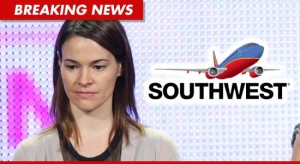 A lesbian actress who starred in “The L-Word” said she kissed a girl — and got escorted off of a Southwest Airlines flight on Monday for doing it.

Leisha Hailey took to Twitter to call for a boycott of the carrier after a flight attendant told them other passengers had complained after witnessing the affection.

Her first tweet said: “I have been discriminated against.” She later added, “Since when is showing affection to someone you love illegal?”

Southwest Airlines Co. responded on its website that Hailey was approached “based solely on behavior and not gender.” The airline’s four-sentence response said passengers were characterizing the behavior as excessive. continue »

Enigma of Being Awake (Kickstarter)

Under the Dome Lesbian Storyline