IMDB | Images | Trailer | Watch Online
The only thing more outrageous than French novelist George Sand’s torrid love affair with the decadent author Alfred de Musset and her affinity for wearing men’s clothing, was the content of her writing. Though Sand (otherwise known as the Baroness Dudevant) smoked cigars and cross-dressed, it was the boldness of her writing on issues such as the abstinence of marriage and women’s frigidity that most contributed to the scandalous reputation she earned in French literary circles. 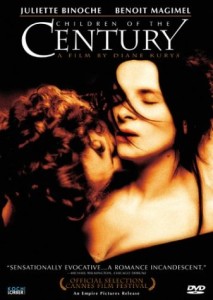