Dani Campbell is an American reality television participant who became notable in the lesbian community as a symbol of self-assurance, causing Curve to call her “the first lesbian girl next door,” and the Miami Herald to declare her South Florida’s “most eligible lesbian.” She was the runner-up in the first bisexual dating reality show, A Shot at Love with Tila Tequila and the final female contestant. 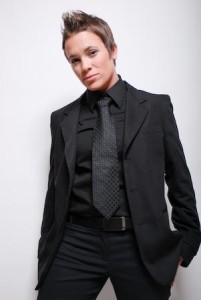