A simple but effective very well acted comedy. Girlfriends Mora and Roberta pursue Mora’s brother Felipe as a sperm donor — without revealing his sister is a lesbian. Meanwhile, Felipe’s girlfriend has some news of her own. 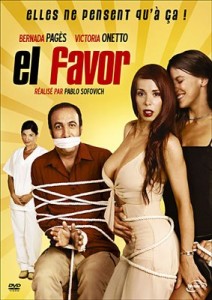