Ellen DeGeneres
Since 2004, DeGeneres has been in a relationship with Portia de Rossi. After the overturn of the same-sex marriage ban in California, DeGeneres announced on a May 2008 show that she and de Rossi were engaged, and gave de Rossi a three-carat pink diamond ring. They were married on August 16, 2008 at their home, with nineteen guests including their respective mothers. The passage of Proposition 8 cast doubt on the legal status of their marriage but a subsequent Supreme Court judgment validated it because it occurred before 4 November 2008 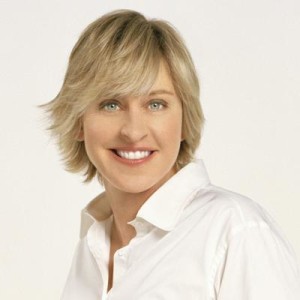