A trilogy of stories set in the same house, but with different occupants and spanning over 40 years, deals with various women and moral crisis over unexpected pregnancies and their choice of abortion. In 1952, when abortion was illegal, a nurse deals with her unexpected pregnancy and takes drastic measures to get one. In 1974 a family housewife with four children discovers that she’s pregnant and decides she can’t handle another child to raise. In 1996, a pregnant college student decides on an abortion, but doesn’t realize the means to go through to get one. 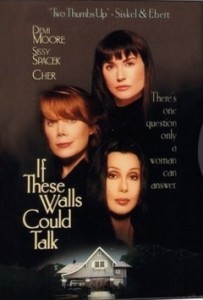