IMDB | Images | Trailer | Watch Online
“Mei Mei”, a short film by Xu Xiaoxi. Lulu, a high class prostitute, receives constant visits from her neighbor Julian, he believes that she is his missing ex-girlfriend Mei Mei and begs her for the chance to start their relationship again. Lulu rejects him as she thinks that he is just making up stories to win her over and tells him she never wants to see him again. She feels alone and starts to miss him after he is gone, however it is too late as she discovers that Julian has found the real Mei Mei, who looks startlingly similar to Lulu, and the two are back together 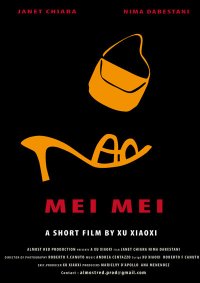 She – A Short Film

We Were Monsters And Detectives – Short Film