From the living room to a 1920’s film set with a lady Charlie Chaplin, come dance with Melissa & her Lady Entourage in this new single “I Could Be Your Boi!”

Special Thanks to Susan and Joe at the Croatian Cultural Centre

Pretty girls in the bar tonight
I gotta look at you
Cuz the way you dance you move so right
I wanna watch you groove
I’ve never tried this, but why the hell not?
I wanna be your boo, yeah.
You and I might, if you want it, cuz I want it too.

CHORUS
So put your hands up
In the air now
Gonna make some noise, noise, noise
In the bedroom, under strobe lights
We could share my toys, toys, toys
If you want it, I could be that
I could be your boy, boy, boy

Pretty girl I gotta know your touch
Cuz it’ll make me weak
And I can feel it when you fill me up
Our darkest fantasies, yeah
They say it wrong but, who the hell cares?
Cuz when you look at me,
I start to shiver start to shake now
And it makes me scream, it makes me scream
CHORUS
Bridge:
I’m drinking it in
As she flows, she’s wearing me out
I wanna give in, as she brings it down

Gia – Only A Girl (Official Video) 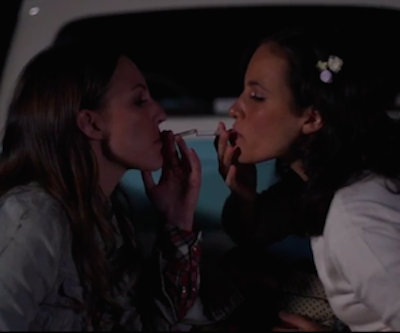