FInd the new Gwen and Sarah poster at: http://OJinBG.com/Shop

Chloe is now in a relationship with Sarah? Adrian? And does anyone remember Travis? Chloe, Chloe, Chloe can’t you see sometimes your whims just hypnotize me?

Bibs & sailor hats – it’s all so cute as we watch our favorite couple struggle to eat crawfish. Last time, we saw Chloe’s deceptive swagger swayed Adrian from any assumptions or ideas of his honeybun with another man, let alone Sarah! HOW naive is Adrian? HOW can Chloe think she can have both? AND WHO will be paying the bill?
—
Website: http://OJinBG.com
Twitter: http://twitter.com/OJBishopsGarden
Facebook: http://www.facebook.com/OJBishopsGarden

Telly, LA Web Festival, and Webby honoree award winning teen web series following the lives of 18 kids as they grow up and get down in grunge-era Washington DC.
“The bad things we do. The things we get caught for–and how they are never the same.”
—
Directed by
Otessa Ghadar 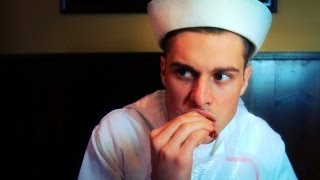 Orange Juice in Bishops Garden: The Summer of 1997 Continues…

Orange Juice in Bishop’s Garden “Taking Out the Trash” – Ep. 6.6