IMDB | Images | Trailer | Watch Online
A French film about a teenage girl with a gay dad and a lesbian mom, that hits on issues of family, sexuality, and growing up. When one of her rivals, Geraldine, reveals to the class that Olympia’s mother is a lesbian, Olympia is devastated. Though she knows that her father is gay, she had no idea about her mother’s sexuality. Her dismay at being lied to by her family and mocked by her peers push Olympia to go to dangerous extremes. 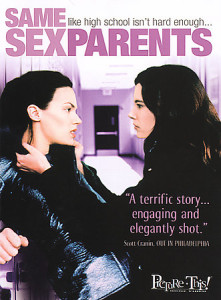